How To Use The Kitchen Triangle To Plan Your Space 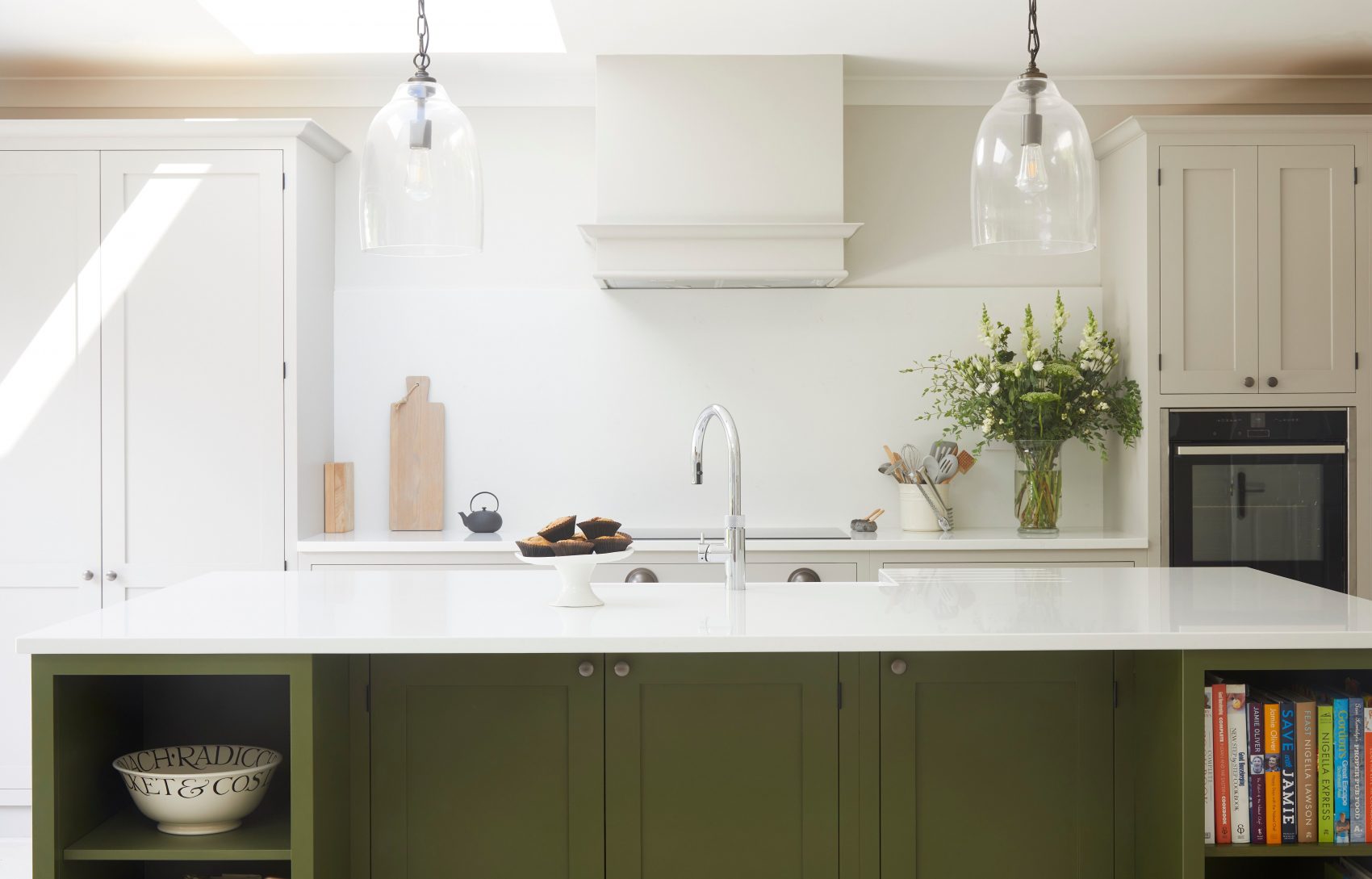 When it comes to designing the kitchen of your dreams – whether that’s remodelling your current space, adding a kitchen extension or building your new home from the foundations up – there’s a big chance your brain can get overwhelmed by all the design concepts before your mind completely turns to mush. That’s where this decades-old theory around kitchen layouts comes in. Welcome to the working triangle.

Developed in the early twentieth century, the working triangle – which is also referred to as either “the kitchen triangle” or “the golden triangle” – is a concept that explains a kitchen’s three main work areas should form a triangle. Those three main areas consist of the sink, the refrigerator and the oven, a triangle that easily solves the most common design problems around ergonomics, workflow and aesthetics. That is why many designers still believe this is the best way to design a kitchen. Let’s delve into the reasons why:

What exactly is the Kitchen Triangle?

Designed to better manage the flow, activity and overall feel of any given kitchen, the triangle works by taking the three focal points of your kitchen – the sink, refrigerator and oven – and positioning them to make a loose triangle; one that enables you to go about your daily tasks with as more ease and efficiency, as you move around unimpeded between these three points.

The other basic premise behind the kitchen triangle rule is the distance between the three points. In short, each side of the triangle should measure no less than four feet and no more than nine, with the perimeter of your triangle staying somewhere 13 and 26 feet.

The reason behind this is relatively simple: if any two points on the triangle are too close, there’s a chance your layout will run into the sort of annoying snags that will ruin the efficiency of your space. Drawers may clash with cabinet doors, your fridge may open directly onto your oven or the area between your sink and hobs may leave you with a rather tight space to prep your favourite dishes. Of course, these distances are only recommendations, even if they are designed to enhance the flow, feel and comfort of your space.

Assessing the three points of the triangle

As we mentioned above, the three points of the triangle have always been the sink, the refrigerator and the oven, with the aim of making your movements between them as seamless as possible. But to fully understand how the Golden Triangle works, let’s focus on each point for a moment:

Kitchen Sink: in almost-every kitchen, the sink is located in one of two areas: either on the perimeter of your kitchen, enveloped by the countertops, or incorporated into your fully-functional kitchen island. As such, one of the most important spaces to plan for is the space on either side of your sink; a space that can be used for preparing dishes, drying dishes, storing your mason jars or housing your most-used appliances.

Oven & Hobs: we know what you’re thinking: “what if my oven and hob are separate?” Well, the way the kitchen triangle concept works in this instance is by ensuring they are within a few feet of each other, whether that means incorporating your oven into your kitchen island or having it built amongst your wall cabinetry.

Refrigerator: while it has almost become a habit to say, “and last but not least,” the refrigerator is in fact the least important of the three points, albeit for one reason: ​​when someone is cooking, they tend to gather all their ingredients out of the fridge at once before they start preparing any given dish. As such, they won’t be forever ferrying items to and from the fridge. So if one point needs to be a little farther away than the other two points, we recommend it is the fridge.

Designing a kitchen triangle with an island

Every dream kitchen shares the same core principles: personality, functionality and storage, which is why everyone dreams of having a kitchen island. The extra worktop space, additional seating area, increased functionality – the kitchen island provides a simple solution to every kitchen’s wants and needs. What’s more, they are incredibly valuable when planning your space around the triangle concept. Without an island, the optimal way to incorporate a triangle is by forming the three points either within an L-shaped kitchen, across the aisle in a galley kitchen or amongst the layout of a U-shaped kitchen.

However, by adding a kitchen island, you are also creating a shortcut to a much more efficient kitchen triangle. For example, adding a hob or primary sink to your kitchen island it becomes a lot easier to locate the other two points of your triangle across the aisle, not only ensuring the distances between all three are optimal, but your movement between them is unobstructed.

The role of the kitchen triangle in contemporary spaces

While the kitchen triangle concept certainly has a lot of benefits, more and more contemporary homes and interiors require a design layout that caters to the changing needs dictated by a certain space and lifestyle. As such, when we design a kitchen, we always pay close attention to exactly how a kitchen will be used by the owners, the way the space flows and the holistic side to a home’s needs, especially as not everyone cooks or uses a kitchen in the same way.

What’s more, there have been numerous additions to the standard kitchen since the triangle concept was first drawn up. The amount of space in modern houses, the types of appliances used and the popularity of certain features, such as drawer fridges, walk-in pantries, boot rooms and utility kitchens that house everything from second fridges to an extra sink. With that in mind, a lot of the more modern kitchen designs would contradict the kitchen triangle concept.

Our approach to kitchen design

There’s no denying the kitchen triangle is a fantastic design principle, but with the way kitchen’s have gone from utilitarian spaces and evolved into multi-functional rooms, the idea of the work triangle is not a rule we follow consciously or prescriptively. Instead, we always prefer to design a kitchen based on the client’s specific requirements, leaning into the very nature of any given space as well as the other functions the kitchen may be used for, such as entertaining, relaxing or simply working from home. Of course, the kitchen triangle concept almost inevitably falls into place naturally.

The other point worth making is the way the family dynamic has changed over the decades. For instance, most families these days tend to have more than one cook navigating the kitchen at a time, each one with their own way of doing things, which has seen the three points of the kitchen triangle morph into working zones – especially in larger, more open-plan spaces – which is something we take into consideration with each design.